Demirtas calls on Turkey to negotiate with Öcalan 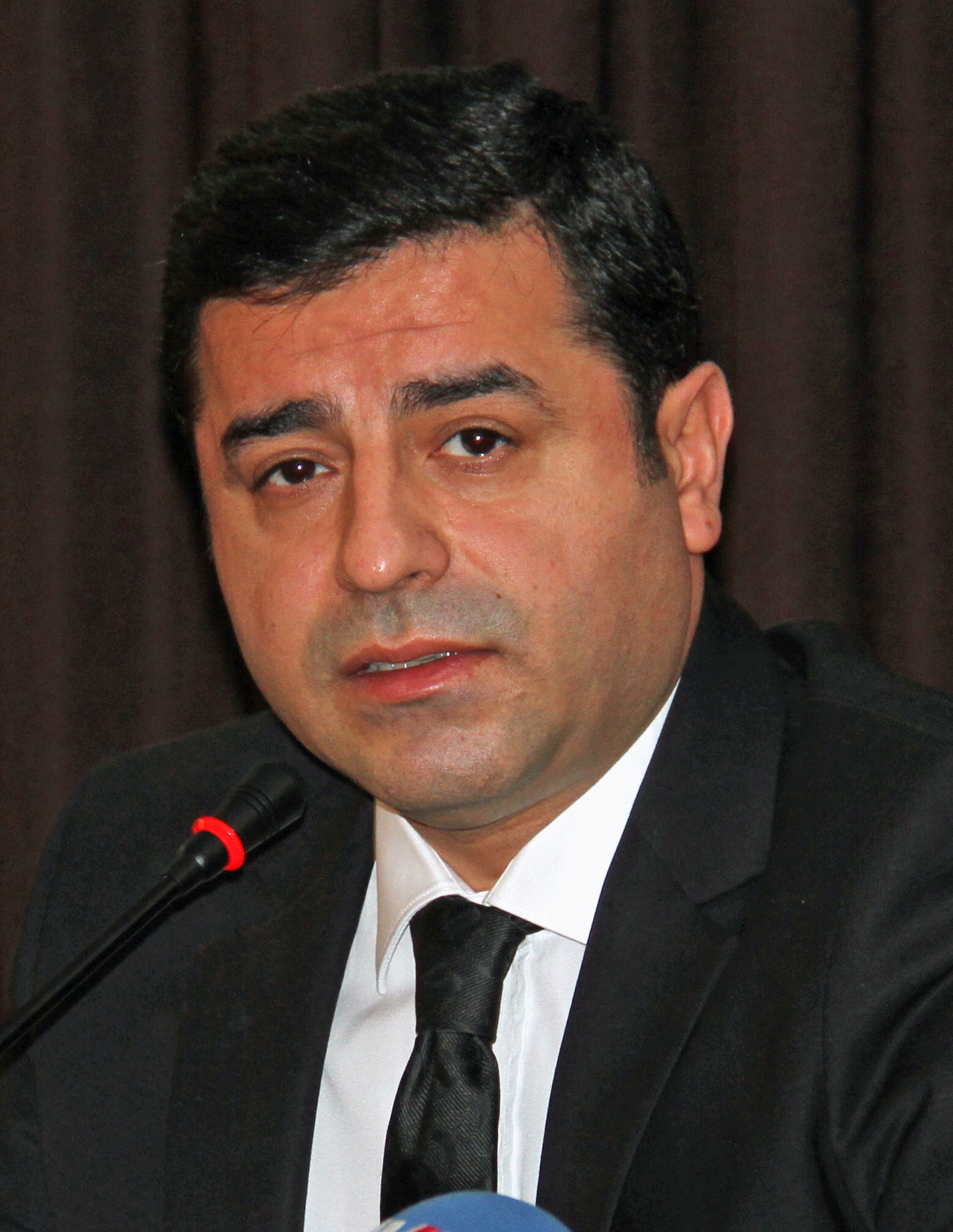 Demirtas called on the Turkish state to find a solution through dialogue with the Kurdish leader Abdullah Öcalan, also imprisoned. Heard on Tuesday as part of a hearing of the “Kobane” trial before the Criminal Court of Ankara, Selahattin Demirtas, former co-president of the imprisoned HDP, spoke about the historical context of the Kurdish question in Turkey.

The “Kobane” trial, opened in April 2021, is continuing in Ankara. 108 people, including members of the former leadership of the Peoples’ Democratic Party (HDP), are under investigation in this trial, accused of terrorist crimes and murders, in connection with demonstrations which took place from 6 to 8 October 2014, when the city of Kobanê, in northern Syria, was attacked by jihadists from the Islamic State (IS). 21 of the defendants are in prison, including former HDP president Selahattin Demirtas, detained since November 2016. The latter spoke at length about the political situation in Turkey with regard to the historical context of the Kurdish question:

“There is a judgment of the European Court of Human Rights (ECHR) about me in your file. It says that the defendants are being held for political reasons. Therefore, to discuss the case ignoring its political motives would be ignoring the law.

Why do we consider this case as an important political case in the history of Turkey? The conflict between the two branches of the Unionists during the collapse of the Ottoman Empire did not end with the creation of the Republic. The tradition, which split between the Democratic Party and the CHP [Republican People’s Party, Kemalist] decided to build the secular Turkish Republican State by denying all identities, this for the survival of the State. Looking back, we understand better why this is political destruction.

When the Ottoman Empire collapsed, due to paranoia that nationalist movements were going to split the Empire, it was decided that the definition of the nation in Anatolia would be based on Turkishness… Discussions in the Union Committee and Progress (İttihat Terakki) reached a consensus on this issue: “The nation should have one language. Everyone belonging to the Turkish Republic is Turkish. This consciousness and this history must be instilled in people. Anyone who deviates from this will be targeted by the regime.” Even if there are differences between them [within the Union and Progress Committee], it is on this point that they reach a consensus.

All those who do not conform to the official ideology are considered terrorists, whether artists or politicians. I assume that the military, police and other officials in the room believe in this official ideology. They want to protect the integrity of the state and call themselves statists. Today, in 2022, we apply the same codes as in 1925, but this is a mistake. Mistakes made over these years can be undone. New definitions can be created without breaking up the state and without destroying the integrity of the nation. Anatolia and Mesopotamia are, like Egypt, centers of civilization. Anatolia is a mosaic of peoples, civilizations and cultures. It is not possible to destroy or standardize it… It is possible to create common national values ​​without imposing a single identity. The flag, which symbolizes the independence of the state and of our multicultural nation, is one of them. Law is one of the guarantees of national unity. Languages ​​are also part of it. This is our homeland to all. As a Kurd, I also have rights in Ankara and Trabzon. The way to avoid division is not standardization, but unification. Unity is plurality. One language, one nation, that’s Hitler’s slogan.

Negotiate with Öcalan to reach a solution

The founding philosophy of the Republic used a pluralistic discourse to involve Kurds, Alevis and Circassians in the war. It was then a question of a southern region of Kurdistan within the borders of Misak-ı Milli [National Pact which, among other things, fixed the new borders of Turkey at the time of the collapse of the Ottoman Empire]. but in Lausanne, then in the Constitution of 1924, this idea was ignored and the official ideology of Turkification was imposed.

In 2022, here, the prosecutor submits to us an indictment based on the Kurdish question, the Kurdish language and questions related to Kurdishness. Everyone should learn the lesson. We must put an end to the suffering that we have inflicted on each other for a century. In late 2012 and early 2013, a call was raised for a solution that would end the bloodshed. The resolution process was an invitation to implement the founding philosophy of the Republic. We wanted the Turkish state to treat the Kurdish population fairly and equally, so that the Kurds would not blame the state. There is also the dimension of imperialism. Imperialism does not care if the Kurd shoots the Turk or if the Turk shoots the Kurd, what interests it is the growth of its profits. Neither you nor I will suffer from the resolution of this problem. But imperialism will suffer. This is why this question is also a class question. To solve it, we must act with courage. It cannot work with cowardly and unscrupulous politicians. We need self-sacrificing politicians. You have to take the risk of being labeled as a terrorist. Abdullah Öcalan is empowered to find a solution. The Republic of Turkey must negotiate with Öcalan. It must promise the PKK freedom and democracy, nothing else. »