A bit of Turkish gastronomy 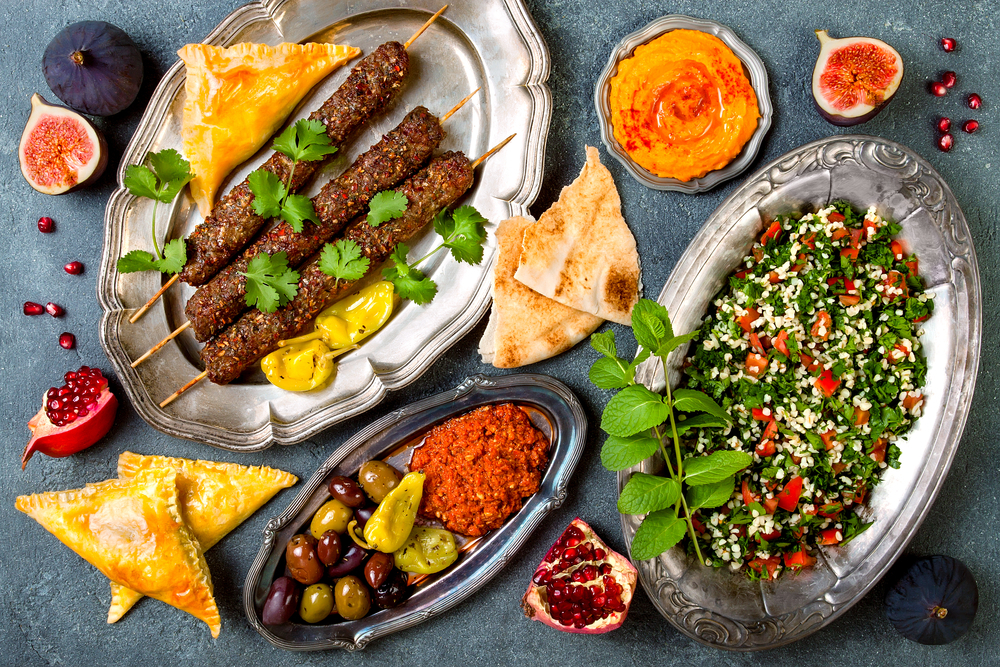 Turkish gastronomy : No study on tourism trends for tomorrow eludes the environmental issue and the quest for meaning. The professionals of the sector are committed to providing answers as are the destinations which must present themselves in a more authentic way. This is the approach taken by Turkey.

“Prefer nuggets to totems and you will have understood the demands of our time” likes to say Nicolas de Dianous of the agency We like Travel.

So why not highlight Turkish gastronomy? It is the choice of Turkey which decides to be an official partner of Taste of Paris, a gigantic temporary restaurant installed in the nave of the ephemeral Grand Palais.

An opportunity for privileged meetings between an audience of enthusiasts and great chefs. An opportunity for gourmets to taste Turkish dishes for the first time this year and to discover which is one of the best in the world by its quality, its specialties, its flavors, its recipes…

Turkish cuisine benefits from the Ottoman heritage and its geographical location, a hinge of Asian, Oriental and Mediterranean flavors. It has been enriched by the migrations of Turks over the centuries, from Central Asia to Europe and has influenced its neighboring countries: Greece, countries in the Middle East, the Balkans, Iran and Armenia.

It consists of many dishes that can be combined into meals with almost unlimited diversity. This diversity begins with entries, the number of which often exceeds 40.

Recent witness to this excellence, the Michelin guide which wants to sell Turkish gastronomy and consecrates Istanbul as a leading destination for world gastronomy.

Turkish gastronomy: The 10 culinary specialties: Mercimek Çorbası, Menemen, Dolma, Kumpir, Mantı, Lahmacun, Güveç, Balık Ekmek, Künefe, Güllaç…but Turkish cuisine is discovered through regional specialties: “the Black Sea region to the north, mixing corn and anchovies. The South East for its famous kebab and for its sweets like baklava, Kadayif and Kunefe. Of course the western part of Turkey and its abundant olive trees. Finally, the Mediterranean coast, Egea and Sea of ​​Marmara for its cuisine rich in vegetables, spices and fish. Without forgetting Central Anatolia and its specialties such as Keşkek knead, mantı, in particular Kayseri, and gözleme” specifies Muntaz Teker president of Pacha Tours and Rev Vacances.

Therefore, it is quite understandable that the country tries to convince travelers to plan their holidays to discover an authentic aspect of the destination. Hence the declaration of H.E. Mr. Ali Onaner, Ambassador of Turkey: “If I had the means to sponsor the first-time buyer to discover our country, I would gladly do so. First to please him and then because I know he will come back. Indeed all the studies show it to us: 95% of travelers who do not know Turkey do not want to come and discover it and 97% of people who have come want to return. It is therefore a question of information that is the key. »

And to add modestly: “perhaps I am not doing my information work well enough…” in any case, accompanied by the prestigious Le Cordon Bleu Istanbul cooking school, which is celebrating its 125th anniversary, by S.E.M.Ali Onaner scores points for combating prejudice and presenting the destination in the most festive of the senses: that of Turkish gastronomy.

The lands in Turkey are among the oldest lands in the world according to the archaeological excavations as well as the discovery of grape seeds dating back to the earliest civilizations.

Viticulture has been present in the territory for at least 7000 years according to the glasses and jugs found during excavations, while it is “only” from – 600 BC in France. Despite certain obstacles encountered in the past, Turkey has real potential in this area: the richness of its land, its large vineyards and its different climates favorable to the production of quality wines. Turkish wines are increasingly winning international awards and small producers are emerging to offer wines of different varieties. A trip from the angle of the “wine route” can be planned perfectly.

The pleasure of the senses…meaning of travel…everything is intertwined through encounters, exchanges and the discovery of another culture.