AFTER TALKS, TURKISH FOREIGN MINISTER ‘MOST SIGNIFICANT PROGRESS’ SINCE START OF WAR 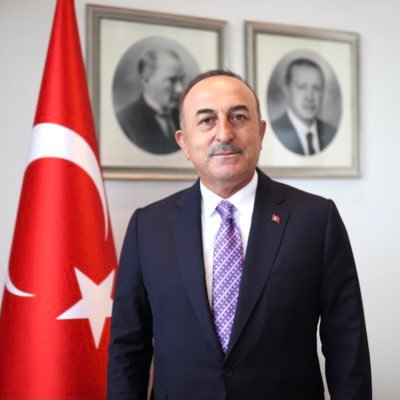 “This is the most significant progress since the start of negotiations,” said the Turkish Foreign minister after three hours of discussions between the Russian and Ukrainian delegations. “From now on, it will be up to the foreign ministers of the two countries to meet to resolve the most difficult issues,” he added.
The Turkish Foreign Minister clarified that the Istanbul meeting was over. It “will not resume tomorrow,” Wednesday, he said. According to Turkish media, the heads of the two delegations met face-to-face on the sidelines of the discussions.

The Russian and Ukrainian delegations met Tuesday morning in the Dolmabahçe Palace, the last residence on the Bosphorus of the sultans and the ultimate administrative center of the Ottoman Empire, where the Turkish presidency has offices.

They were welcomed by Turkish President Recep Tayyip Erdogan who urged them to put an end to the “tragedy” of the invasion of Ukraine by troops from Moscow. It was the first resumption of face-to-face negotiations between the two countries after several rounds of talks by videoconference.

At the end of this meeting of about three hours, Russia, which attacked Ukraine on February 24, promised to “radically” reduce its military activity in the direction of kyiv and Cherniguiv, about 120 km north-east of kyiv.

Turkey, bordering the two belligerents on the Black Sea, has been careful since the beginning of the crisis and then of the hostilities to manage its relations with the two parties and has endeavored to facilitate mediation from the start.

It is also involved, with France and Greece, in negotiating a humanitarian evacuation for the thousands of civilians trapped in the city of Mariupol (southern Ukraine) besieged by Russian forces.