Counterfeiting in Turkey, a booming “business” 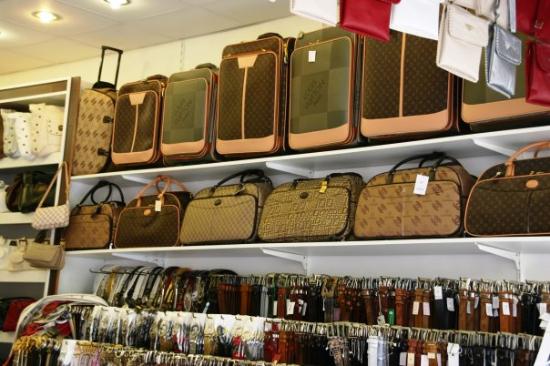 Although it is prohibited in Turkey, counterfeiting is a very lucrative business; indeed, the country is a real hub. Number two in the world behind China, Turkey was the source of 12% of the imitations seized by customs worldwide in 2019. Report in Istanbul.

If you go to the Grand Bazaar, you will see the extent of the imitation market. Those who knew the place in Turkey 15 years ago would be surprised to find that the emblematic covered market with 4,000 shops is now just as oriented towards counterfeiting as gold, leather, carpets or ceramics. Indeed, more than a third of the shops you will find there are specialized in counterfeiting, this business covering several sectors, in particular textiles and luxury, but also pharmacy and cosmetics. However, not all copied products are of equal quality: you will find fake Chanel bags copied to perfection, and others whose imitation will not fool anyone. As a result, prices can be extremely variable. So you can find “low-end” counterfeits and “luxury” counterfeits in Turkey !

If Turkey partly imports from China, it also produces and exports to Europe or Africa.

This production can be explained by an increase in exports, due in particular to the devaluation of the Turkish currency in recent years. Among the reasons which led to the development of this “business”, it is also necessary to note the arrival of a new tourist clientele facilitated by the policy of the airline company Turkish Airlines. Indeed, the flights of this company have multiplied widely worldwide, facilitating access to tourism in Turkey. Thus, Turkey, which received mainly European and North American tourists on its territory, has seen for ten years an Asian clientele (Indonesian in particular), Russian, African, South American, participate in the underground economy of the country by buying many imitated products such as bags, shoes, watches…

A “business” difficult to dismantle

While Turkey is a signatory to the main agreements related to intellectual property such as the Paris Convention or the Patent Cooperation Treaty, it also has solid legislation in this area. There has been legislative protection of trademarks since 1995 (since 2017, under Law No. 6769 on Intellectual Property), which concerns both the laws on the protection of trademarks, patents, as well as industrial designs. Article 30 of the latter provides that any purchase intended for the sale, production, import or export of goods infringing the rights of a trademark registered in the country, that is to say having an international patent, exposes the individual to a prison sentence of one to three years, as well as a fine of up to 20,000 TL. But then, if this legislation exists, how to explain the extent of this market?

In practice, checks by the authorities are very infrequent (there would be barely one a year!), but when they do occur, the police have recourse to seizures of goods and impose a fine on traders, a fine which does not would actually have no serious impact on the future of the store. Indeed, the manager of a fake leather goods shop in the Grand Bazaar confides to us: “When it happened, they took a few Balenciaga bags and a few pairs of shoes from me, I went to pay the fine and… That’s all, I continued to do what I was doing, it didn’t change anything in my activity in general”. He explains to us that many of them have other shops in Istanbul outside the Grand Bazaar, which also allows them to protect their stock in the event of a possible control. Thus, most of these traders have a “margin” in case of foreclosure.

It therefore seems that there is a real “laisser-faire” on the part of the Turkish authorities, who agree to the development of this parallel economy, allowing despite everything to “run” a country weakened by record inflation.

In addition, the production of these imitations has an organization that makes it very complicated to dismantle. Many of the managers of these shops call on wholesalers whose workshops are often located in the basements of buildings, in commercial districts such as those of Gedikpasa or Laleli for example, located in the district of Fatih, not far from the Grand Bazaar.

In 2013, the president of the Turkish Association of Textile Producers (TGSD), Cem Negrin, reported: “Textile counterfeiting in Turkey mainly concerns small workshops that adapt very quickly to fashion and police action, it is very difficult to dismantle them”.

Counterfeiting in Turkey, a market that some pay a high price for

Unlike France, Turkey does not sanction the purchase of counterfeit goods for personal use, but you may quickly regret your fake purchases when you cross the border.

On arrival in France, if customs discover counterfeit goods in your luggage (or even a counterfeit item of clothing that you are wearing), they can destroy it, and you will risk a fine, the amount of which will be calculated according to the value initial of the genuine product. You will also expose yourself to the risk of prosecution and criminal penalties of up to three years in prison and a fine of 300,000 euros.

But it is not only for the tourist who is checked on returning home with a fake Gucci bag that counterfeiting has a cost. It is above all the brands concerned who pay a high price for this infringement of their intellectual property rights. Indeed, the latter find themselves in direct competition with goods whose quality of imitation can be really surprising, which leads to a considerable loss of direct sales. According to a report by the Counterfeiting Investigation Bureau of the International Chamber of Commerce (ICC) of the OECD, these losses are also accompanied by a fall in brand image, when a defective product arrives at the consumer who thinks he has purchased a genuine item. Added to this are the costs generated by legal proceedings when these brands take legal action against counterfeiters, which explains their hesitation and their apparent passivity in the face of this Turkish market.

The manager of a carpet shop in the Grand Bazaar explains that the face of tourism has changed over the past decade: “Before, people who bought carpets might buy a little fake, but it was very incidental. Today, it has become essential, tourism is oriented towards this counterfeit market. There have always been imitations, and this, in the four corners of Turkey, but now, when you arrive at the Grand Bazaar, the first image that we have is the strong presence of counterfeit shops”. This manager also tells us about the damage that the rise of counterfeiting in Turkey is inflicting on “legitimate” merchants. Rental prices are very high within this market, and this “business” contributes to their growing increase, in that landlords are increasingly choosing to rent from “fake” sellers, even if it means carrying out breaches of contract. These donors therefore find themselves stakeholders in the system. Indeed, a counterfeit business guarantees the owner to collect his rent, given the high prices charged and the rapidity of the flow of stocks in these stores. In addition, this counterfeit market has led to a general increase in rental prices, with some traders who have been established for decades having had to give up their original premises for a smaller one.

Counterfeiting in Turkey : But what about the point of view of the counterfeit consumer?

In a shop in the Grand Bazaar, when asked “Why buy counterfeits?”, a New Zealand tourist testified: “And why not? It’s well done, look at the quality of these Gucci scarves, it’s almost identical to the real. Why deprive yourself? My friends have made orders from me, they will love it. If counterfeiting was a problem, there wouldn’t be all this offer!”.

A few kilometers from the Grand Bazaar, in the bustling streets of Kadıköy, on the Asian side of Istanbul, a French couple who have just bought a fake pair of Nike sneakers also explains the reasons for their purchase: “It’s less Quite simply, counterfeiting is not necessarily to expose imitations of big brands on oneself, it can simply be practical things that we find cheaper than in our country”.

If the customs seem strict with imitations of luxury products, it is true that you run less risk if you buy a Hilfiger sweatshirt. This is the case of Mary, an American who came on vacation with her mother to Istanbul, who explains to us: “I don’t think I’m taking a big risk buying this sweater, it’s not as if I had just bought a collection of Louis Vuitton bags to set up a business, there, yes, I would have reason to worry”.

The average consumer is thus tempted by the purchase of counterfeits, in particular because he has the feeling of getting a “good deal”, seeing the product or the brand as a means of social enhancement, without worrying too much about legislation or consequences that his purchases may ultimately entail.

The argument that counterfeiting is a job-generating market that contributes to the country’s economy remains open to criticism. Working conditions in this sector are often precarious, employees (sometimes foreign and/or illegal) poorly paid, and child labor may also be involved.