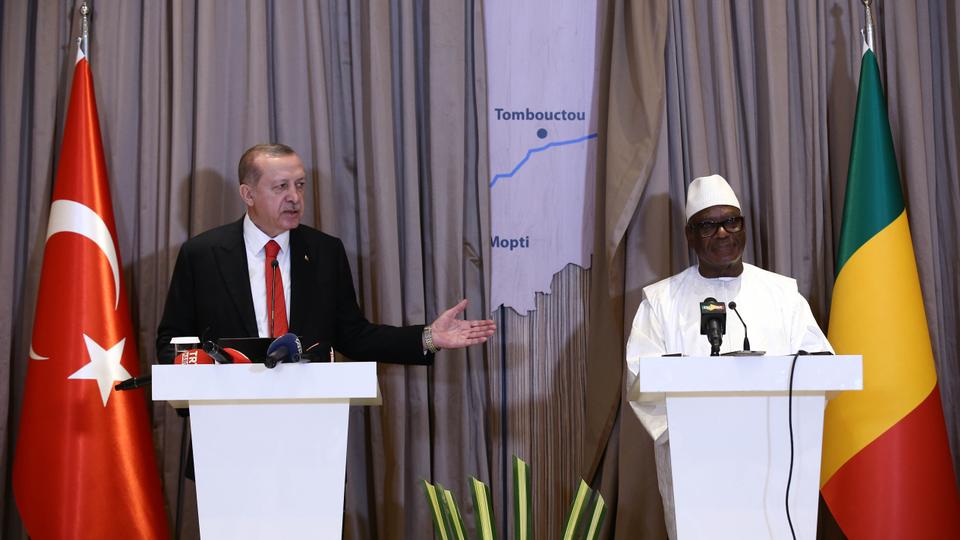 Prime Minister Choguel Kokalla Maïga yesterday launched the Mali and Turkey Business Forum in a hotel in Bamako. This space for exchanges and win-win partnership between Malian and Turkish business communities in various sectors of activity is organized by the Chamber of Commerce and Industry of Mali (CCIM). It aims to intensify the cooperative relations between the two countries by reviewing the evolution of trade relations.

“This level of commercial economic relations remains below the potential and prospects between our two countries,” noted the head of government. This business forum, added Dr. Choguel Kokalla Maïga, will contribute to the achievement of the common objectives pursued by Mali and Turkey, in order to make bilateral cooperation a successful example.

The one-day meeting mobilized several Turkish businessmen and Malian economic operators working in the fields of energy, telecommunications, construction, military equipment… According to the president of the CCIM, Youssouf Bathily, the exchanges must to raise issues relating to the implementation of major socio-economic development projects, the promotion of small and medium-sized industries (SMI) and small and medium-sized enterprises (SMEs), in order to create the maximum number of jobs for Malian youth.

To do this, assured President Bathily, the CCIM is carrying out two major projects: a cement plant with a capacity of 500,000 to one million tonnes per year and a spinning unit capable of processing 10% of Malian cotton which it presented to its Turkish partners. The fact of ensuring the lead by the CCIM makes it possible to encourage investment and reassure partners.

This meeting comes at a time when Mali is committed to increasing inclusive economic competitiveness through the diversification of its partners, said the Minister of Industry and Trade. Mahmoud Ould Mohamed invited Turkish businessmen to come and invest in Mali, assuring that the profitable investment opportunities are enormous in view of the structure of the national market and the geographical location of our country.

The head of the delegation of Turkish businessmen announced that the objectives in terms of trade between our two countries are estimated at 200 million dollars (about 111 billion CFA francs). Fatih Altunbas challenged his fellow businessmen, telling them that it was time for them to redouble their efforts by investing and seizing win-win opportunities in Mali.

The Ambassador from Turkey to Mali was delighted with the balance of economic relations between our two countries. Stressing that his country has kept its doors open to Malians despite the context of Covid-19 and the complex socio-political situation, Murat Mustafa Onart (Turkey) reassured his country’s support for Mali.