Thousands of Syrians opponents demonstrate against Turkish call for “reconciliation” 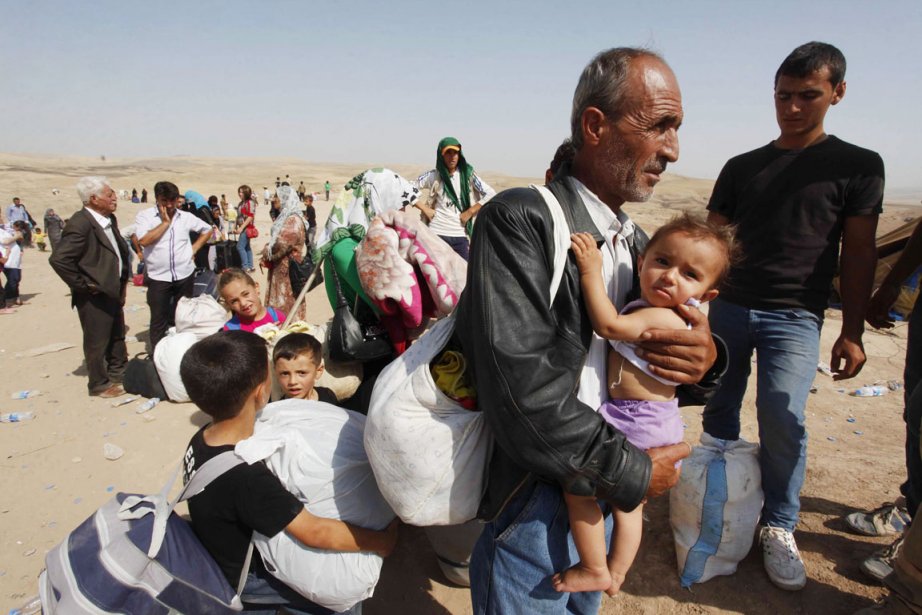 Thousands of Syrians demonstrated Friday in areas under rebel control to denounce the call of the head of Turkish diplomacy Mevlut Cavusoglu for a “reconciliation” between the regime of Bashar al-Assad and the insurgents.

The opposition in Damascus is indignant at Ankara’s volte-face. Thousands of Syrians demonstrated on Friday (August 12th) in rebel-held areas to denounce Turkey’s new position, after Foreign Minister Mevlut Cavusoglu called for “reconciliation” between the Syrian regime and the insurgents, to achieve to a “lasting peace”.

Since the start of the war in Syria in 2011, Ankara, which has deployed soldiers in areas bordering Syria, has said that it is fiercely opposed to the regime of Bashar al-Assad and has been in unwavering support for Syrian rebel groups.

But Thursday, August 11, Mevlut Cavusoglu pleaded to “reconcile the opposition and the regime in Syria” in order to seal a “lasting peace”. This declaration marks a change in Turkey’s position: in May, President Recep Tayyip Erdogan still described the Assad regime as “murderer”.

After the weekly Muslim Friday prayer, the crowd shouted “No to reconciliation” in Aazaz, Al-Bab and Afrin in the province of Aleppo, as well as in the province of Idlib (northwest) under control of the jihadists and rebel groups.

The Turkish minister’s statement angered Syrian opponents and rebels who called for mobilization against Turkey in areas controlled by Turkish soldiers and their Syrian counterparts in the province of Aleppo (north), and in areas under control of jihadists and rebel factions.

Dozens of demonstrators gathered in front of a Turkish army checkpoint in the town of Al-Mastouma in the province of Idleb to the cry of “Down with the Syrian regime”.

“We are against reconciliation and we will not forget the blood of the martyrs and the massacres,” said Sanaa Al-Ali, a protester, referring to the accusations against Damascus.

Turkey returns to “reconciliation” and reaffirms “full support” for the opposition
The day before, Syrians took to the streets in Al-Bab immediately after the press conference in Ankara by the head of Turkish diplomacy.

Faced with the outcry on Friday, the spokesman for his ministry, Tanju Bilgiç, published a clarification in which the word “reconciliation” no longer appeared and which reaffirmed “Turkey’s full support for the opposition” in Assad regime.

He also stressed that his country “will continue to contribute to efforts aimed at finding a lasting solution” to the conflict.

Recep Tayyip Erdogan is one of the main detractors of Bashar al-Assad, whom he has often called a “bloody tyrant” since 2011. In 2020, deadly clashes even opposed Syrian and Turkish forces.

The Syrian power does not miss an opportunity to attack Turkey accused of supporting “terrorist groups” in Syria.

Turkey especially accuses the Syrian Kurdish forces that control most of the northeast of the country of being “terrorists” and has carried out several operations against them in Syria.

During his press conference, the head of Turkish diplomacy stressed that since 2011, “many people have died (in Syria), many have left their country. These people should be able to return, including those (refugees) in Turkey. Lasting peace is needed.”

He nevertheless denied any direct contact between MM. Erdogan and Assad, but acknowledged a resumption of contact between the intelligence services of the two countries and a brief meeting with his Syrian counterpart in October 2021.

The conflict in Syria, a fragmented country, has become more complex after the intervention of multiple groups and foreign powers. It caused about half a million deaths.